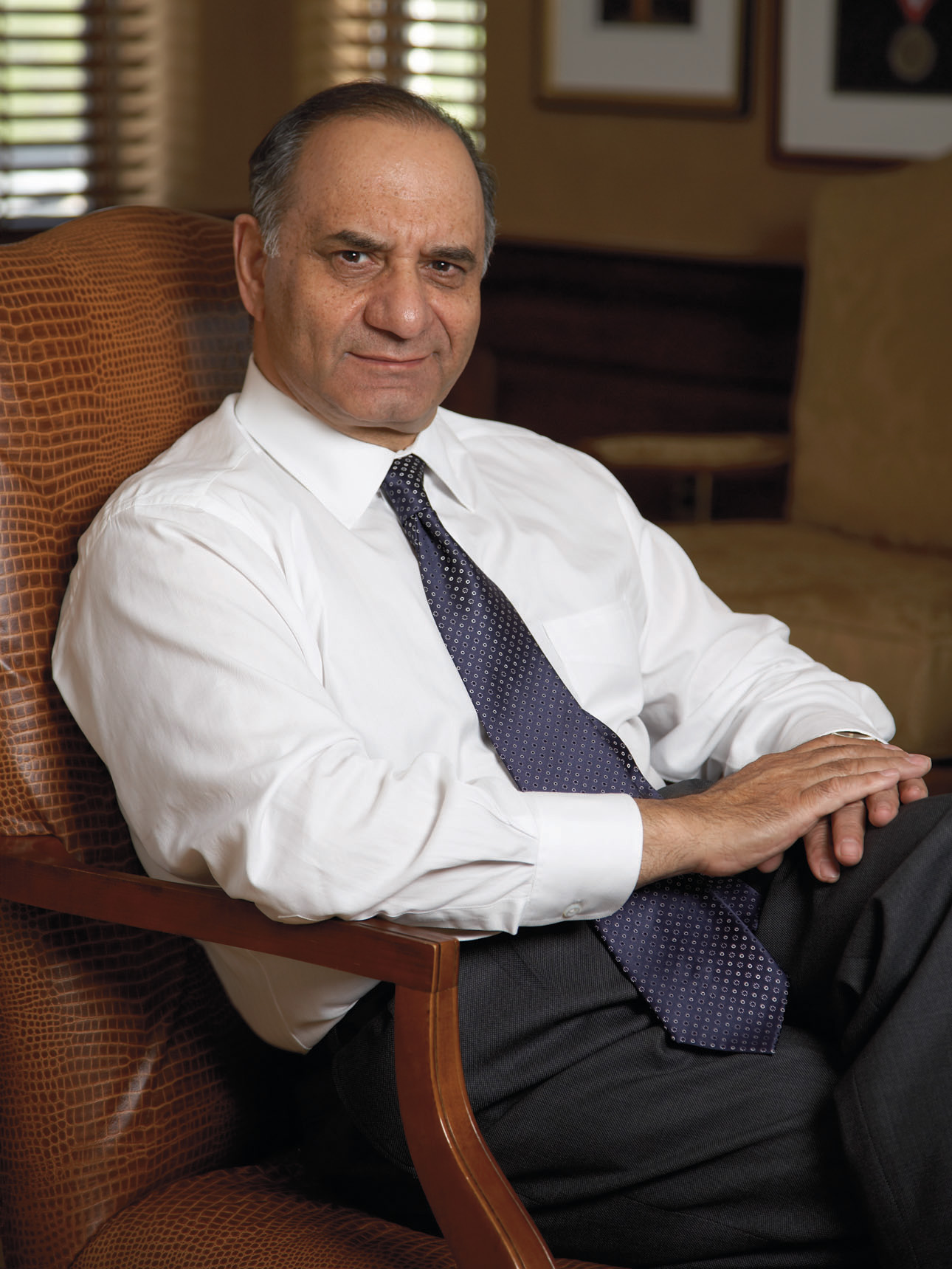 A fortuitous meeting started Farooq Kathwari on the path to becoming the chairman, president and CEO of Ethan Allen Interiors – and turned the Kashmir-born man into a true American success story.

“As a student at NYU, I started a part-time business importing home accents. I had the good fortune of meeting Nat Ancell, a founder of Ethan Allen, and I convinced him to become a customer. Later, we formed a joint venture – a company called KEA. In time, I rose to his position. It was hard work and persistence that helped me to achieve this.”

Under Kathwari’s leadership, Ethan Allen has become a top producer of residential furnishings, with nine manufacturing facilities, including six U.S. production facilities and a sawmill, plus plants in Mexico and Honduras.

“During my tenure, the company has continually reinvented itself, and we have maintained a solid manufacturing base in the U.S. and North America at large. Over the last year, we reinvented almost 70 percent of our product line to make it more relevant for today’s consumers and their lifestyles,” Kathwari said.

Ethan Allen will continue to combine new technologies with superior personal service, he added. “My proudest achievements have been developing a motivated and hardworking group of associates and transforming Ethan Allen into an international network.”

For his efforts, Kathwari has earned numerous awards, including  induction into the American Furniture Hall of Fame.

“I’m proud to say Ethan Allen also has been recognized by several organizations for its environmental stewardship efforts,” he added, including the 2013 Vermont Governor’s Award for Environmental Excellence.

In addition to the company’s involvement in community service, Kathwari serves on educational boards and is dedicated to many charitable causes through the Kathwari Family Foundation. “I am also very involved in not-for-profit causes, including Refugees International, and I am a member of the Board of Overseers of the International Rescue Committee.”

A man of many interests, in his free time, Kathwari enjoys playing with his grandkids and doing outdoor work at his apple farm in upstate New York.

“Growing up, I was always involved in sports and was often captain of the teams I played on. My career objective was always to become captain of a team. It was my good fortune that I ended up in the woodworking industry.”

Number of years at the company: 40 years

Number of years in the industry: 43 years

Word that describes you: Approachable

Business mantra: The definition of insanity is doing the same thing over and over and expecting different results.

Best advice ever received: Do not take yourself too seriously and empathize with the perspectives of others.

Who have you tried to emulate in business? Ethan Allen co-founder Nat Ancell. He had the courage to make tough decisions – including giving leadership to a young man named Farooq Kathwari – and focus on providing decorating assistance to customers at a time when that service was available only to a privileged few.