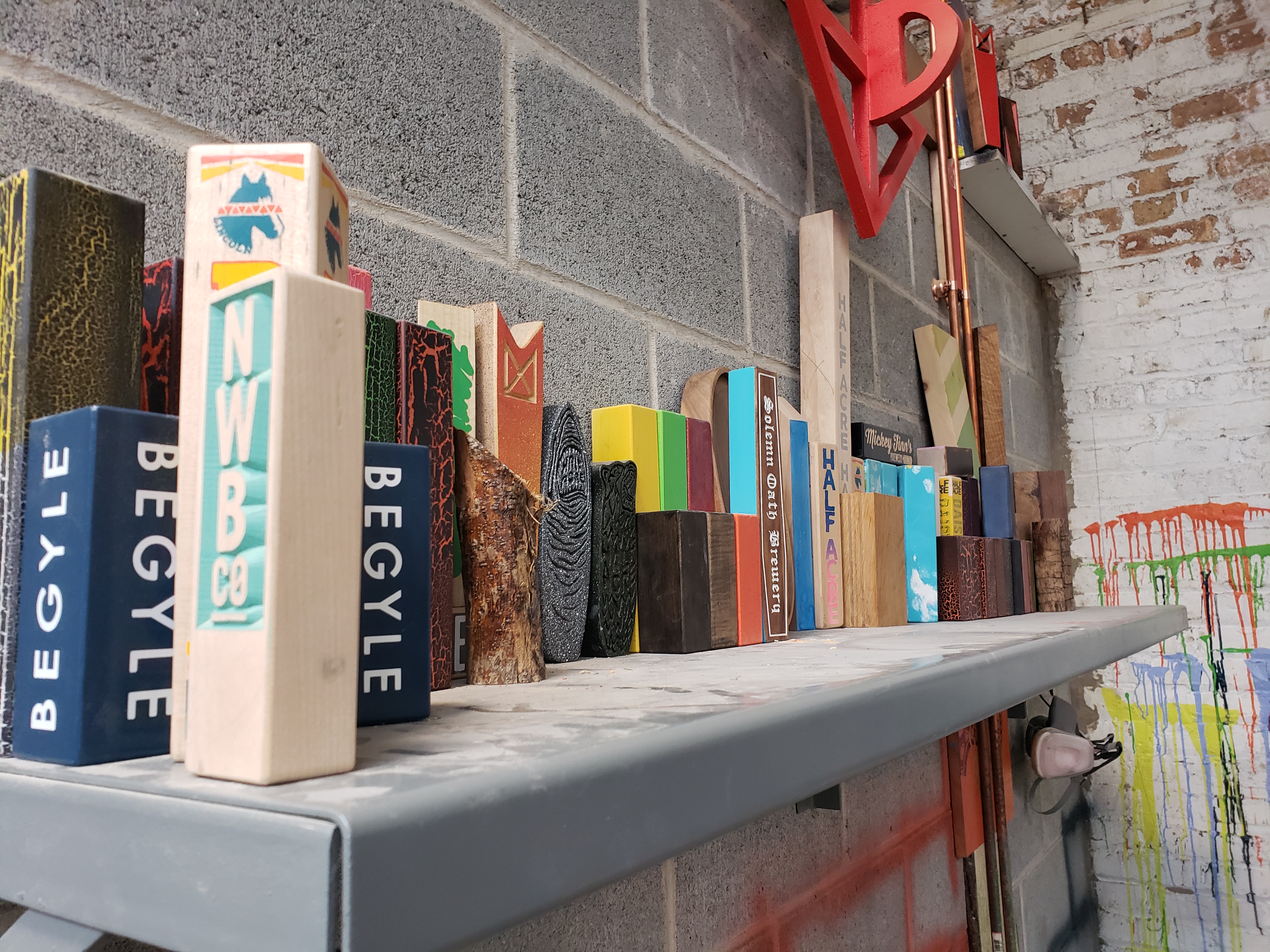 CHICAGO - Starting in 2007 out of a 15-barrel, 15,000-square-foot brewhouse in Chicago’s Northside, Half Acre Beer Co. soon expanded into a second 60,000-square-foot facility and could produce more than 50,000 barrels of beer annually.

With that expansion, came a creative endeavor that soon evolved into its own side business. 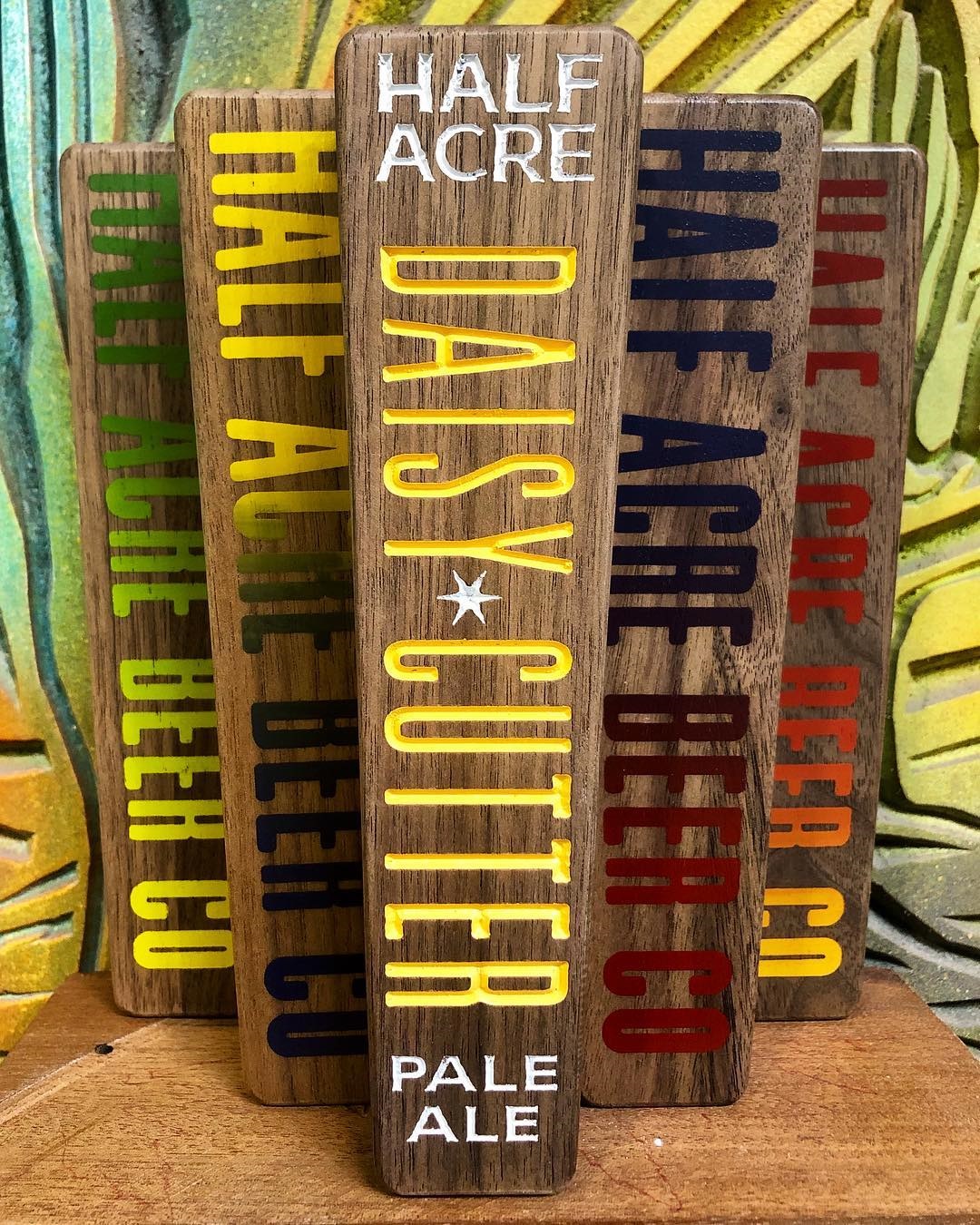 Half Acre Build Co. designs and creates wooden tap handles and other artistic wood items for a wide array of breweries, coffee roasters, distilleries, kombucha makes and other craft-focused collaborators. 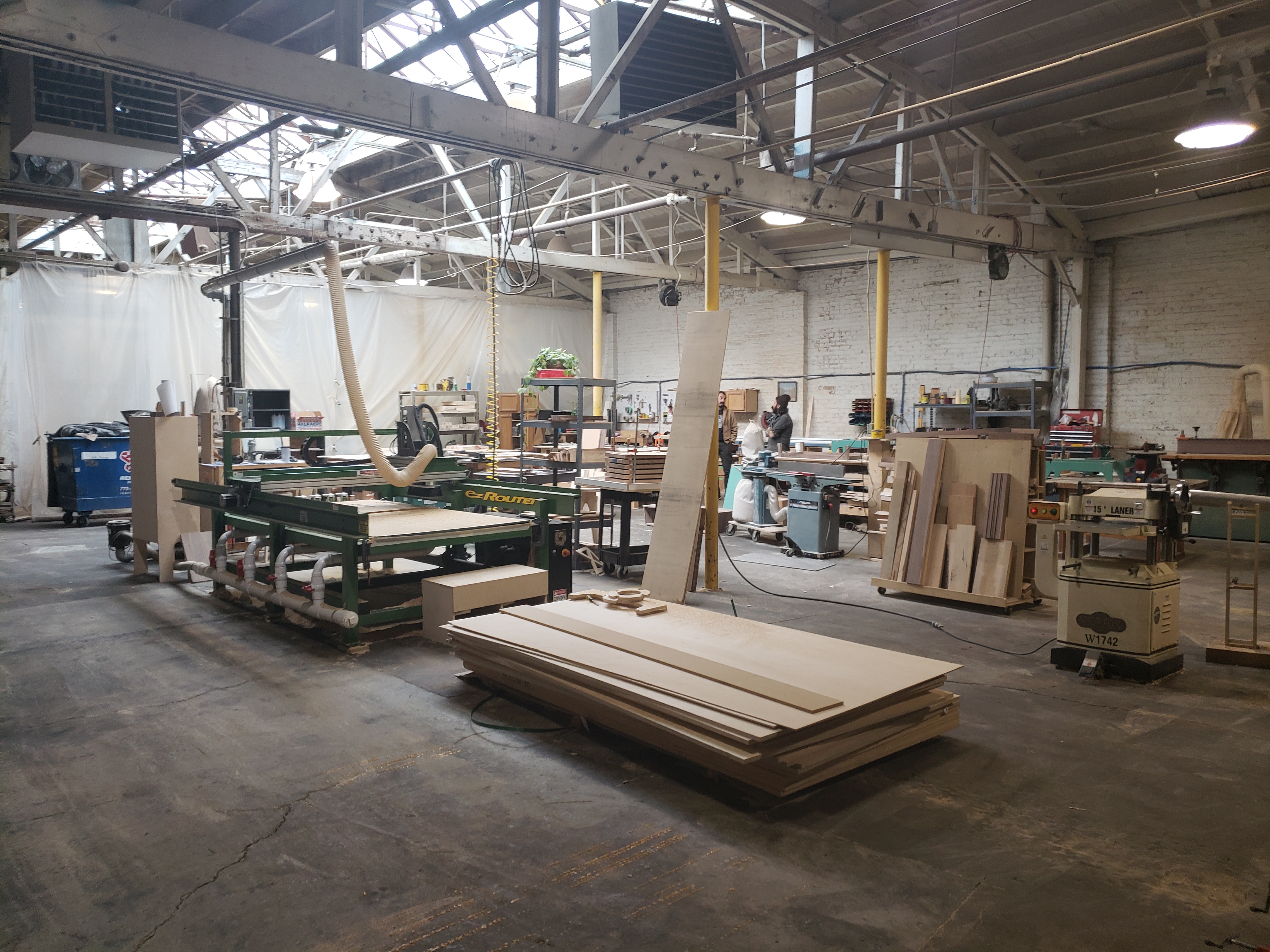 Out of a 7,500-square-foot woodshop on the north branch of the Chicago River, a team of five is hard at work making tap handles from maple, white ash, and walnut. 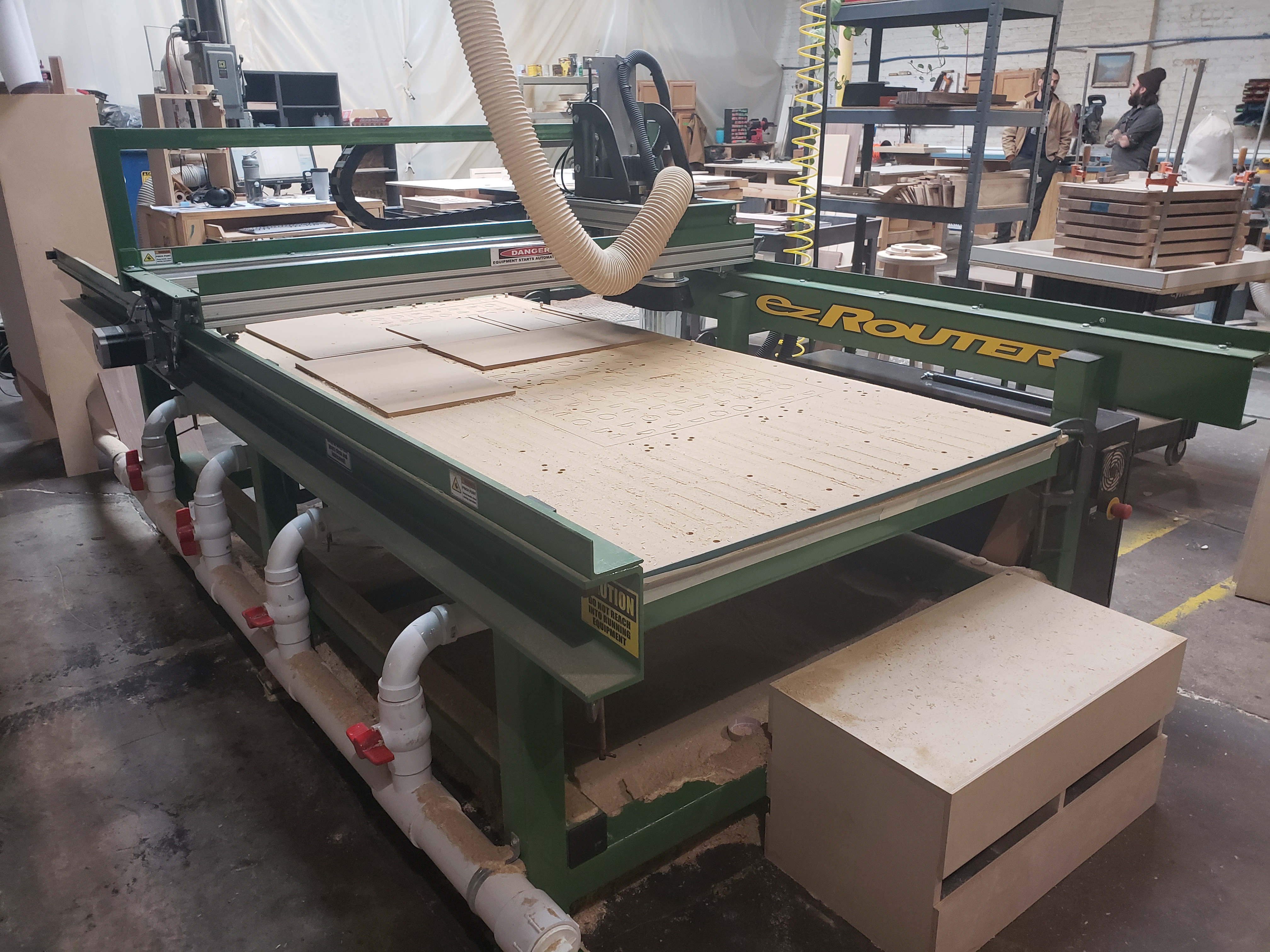 The typical build process involves a potential client visiting the Half Acre shop to discuss their brand, desired aesthetic, and other wishes.

From there, the team provides digital renderings of what the finished product will look like. If approved, Half Acre executes the build over the next six-to-eight weeks. An order of at least 50 handles is required. 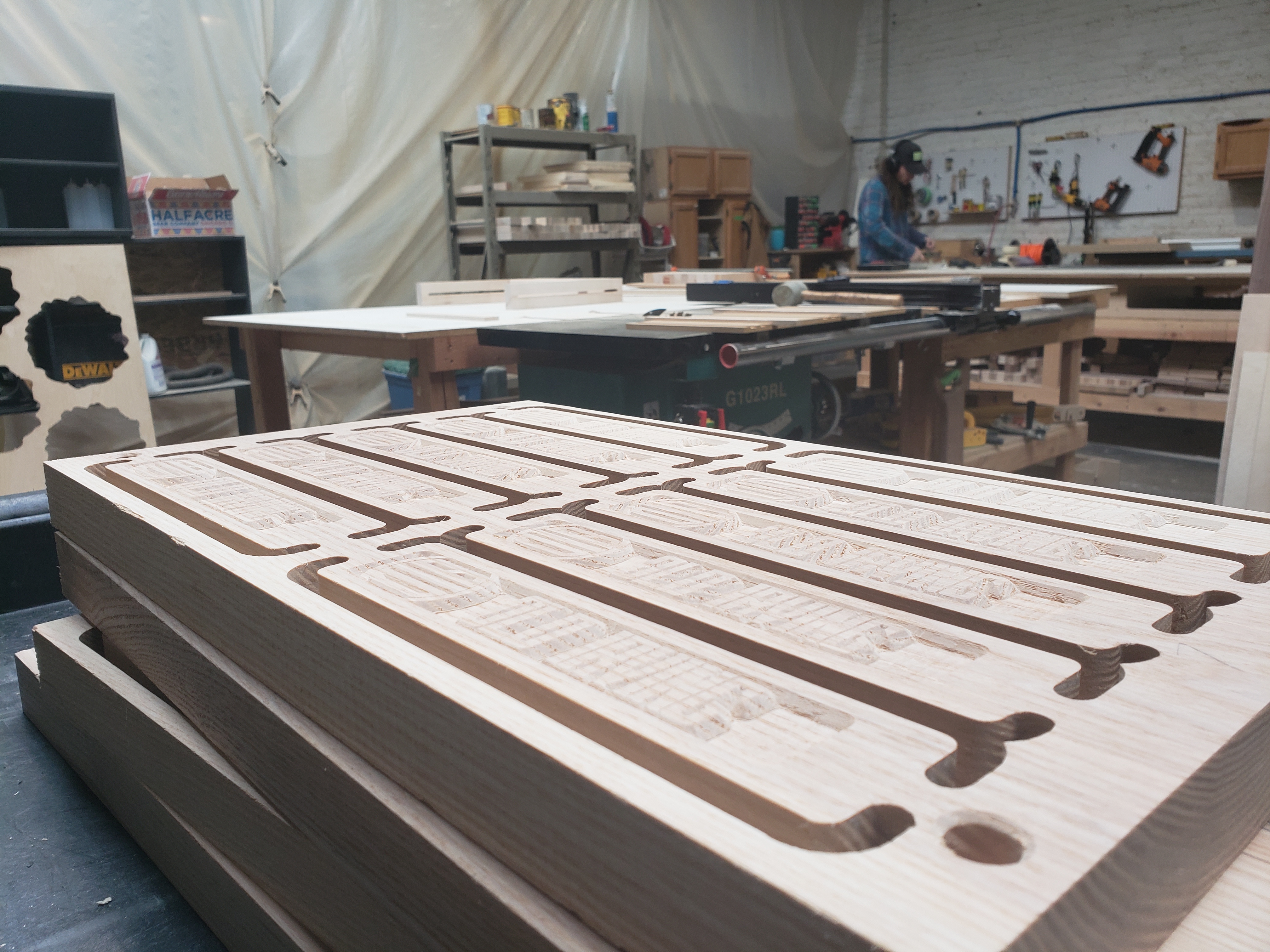 Led by production manager Sean McDougall, two of the five employees work carpentry – building simple block-shaped handles by hand and using an Ez CNC router for anything complex. Another employee adds the finish and another applies the screen printing using a custom-made jig.

Wood is sourced from a domestic supplier in Wisconsin, who sends Half Acre its scrap wood. 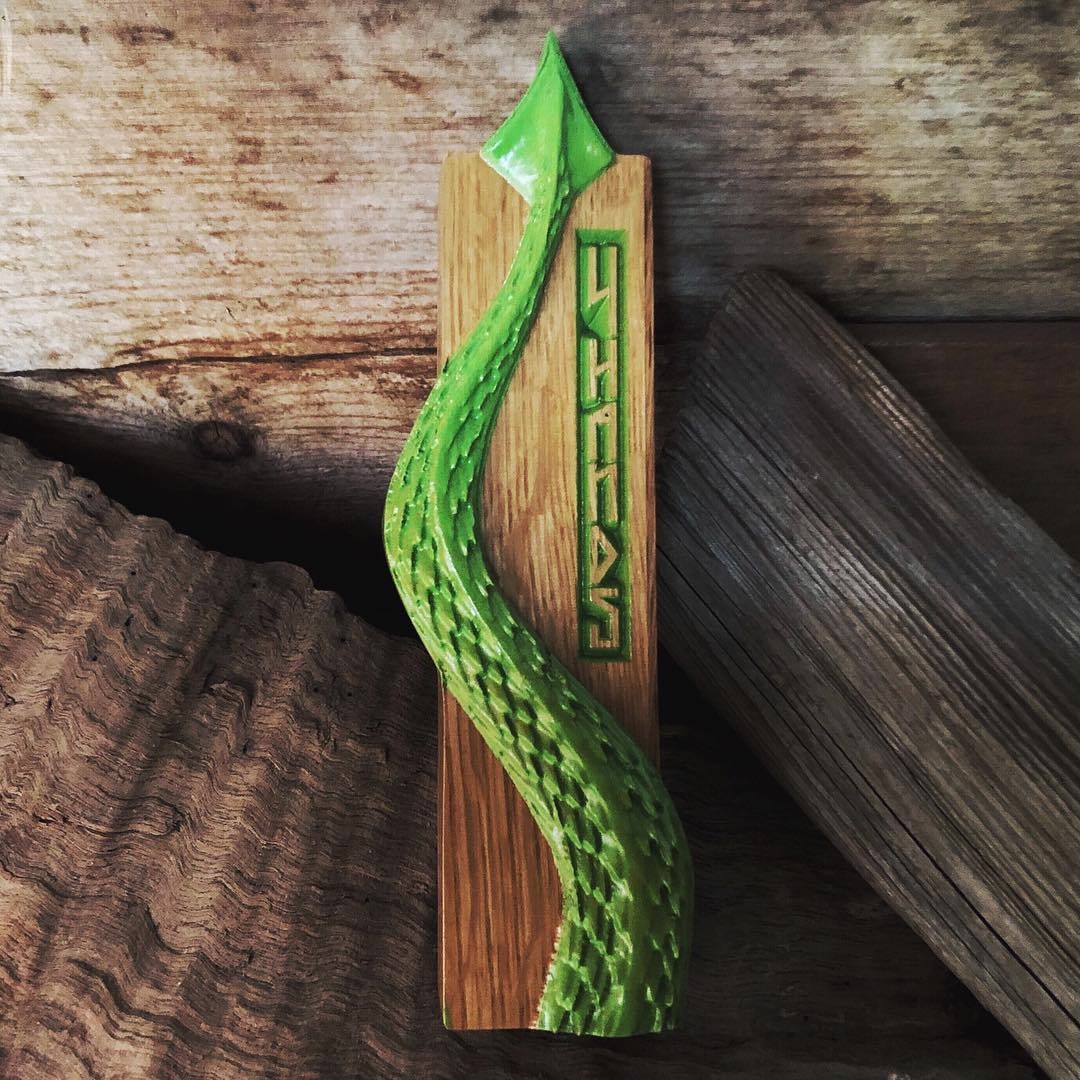 Non-block shaped handles such as the one above are executed on the shop CNC.

Since its inception, Half Acre has seen success, and has built tap handles for clients as far away as the East Coast and Colorado. The shop also provides custom wood carvings and design decorations, furniture, and finishes for its two taprooms and restaurants. Co-founder Gabriel Magliaro says business is growing, and he may have to hire more workers to meet demand. 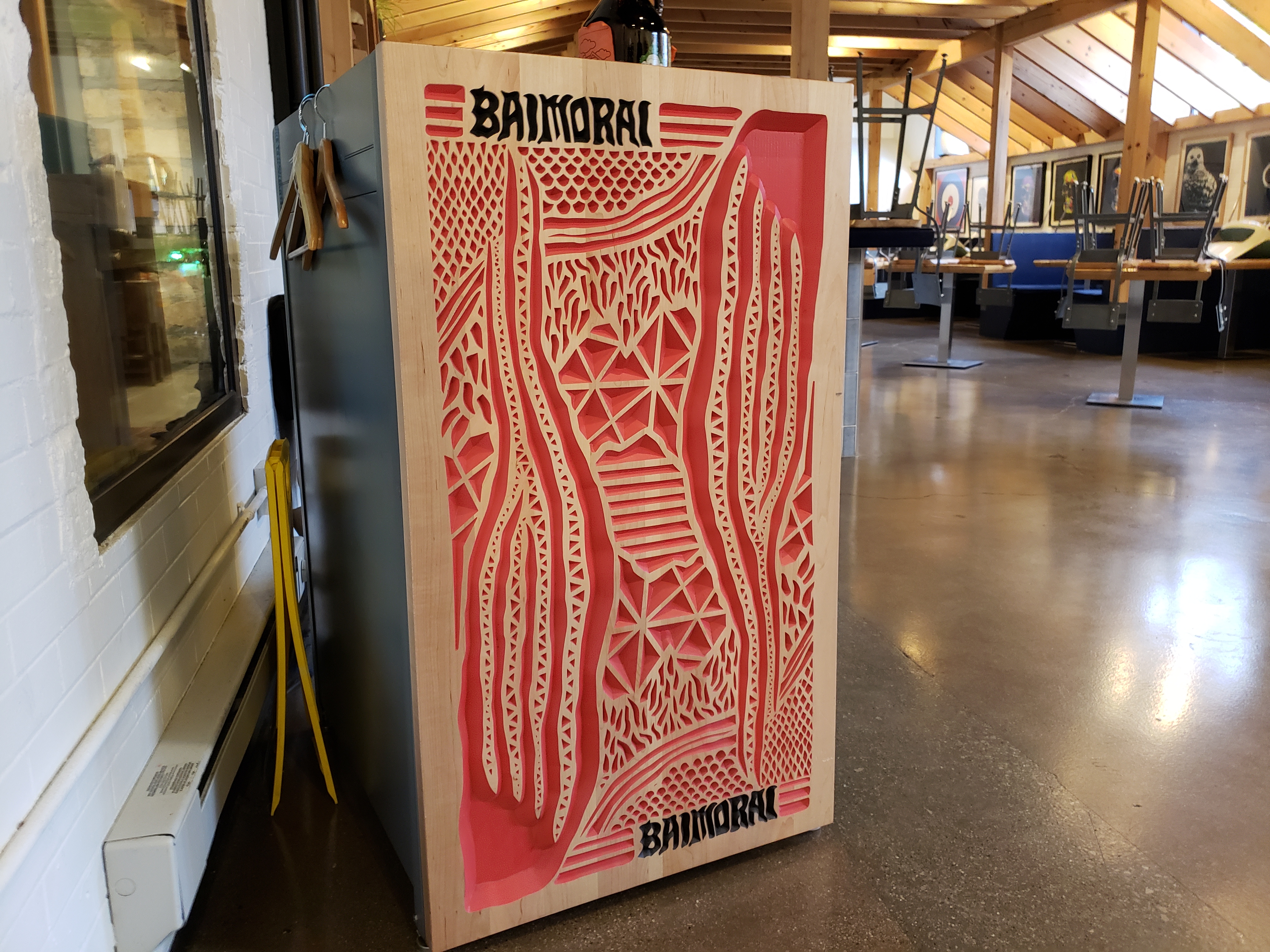 Designs like these are featured around the two taprooms.

The extension largely spawned from McDougall's interest and skill in wood. Before the 7,500-square-foot shop, the team worked on a smaller scale at the brewery itself near the kitchen.

"Power tools and sawdust don’t blend too well with a busy kitchen," says Magliaro, who leads both the brewery and the wood division. Magliaro decided to get more serious about the new endeavor in 2017 and purchased their now current shop, offsite from the brewery. 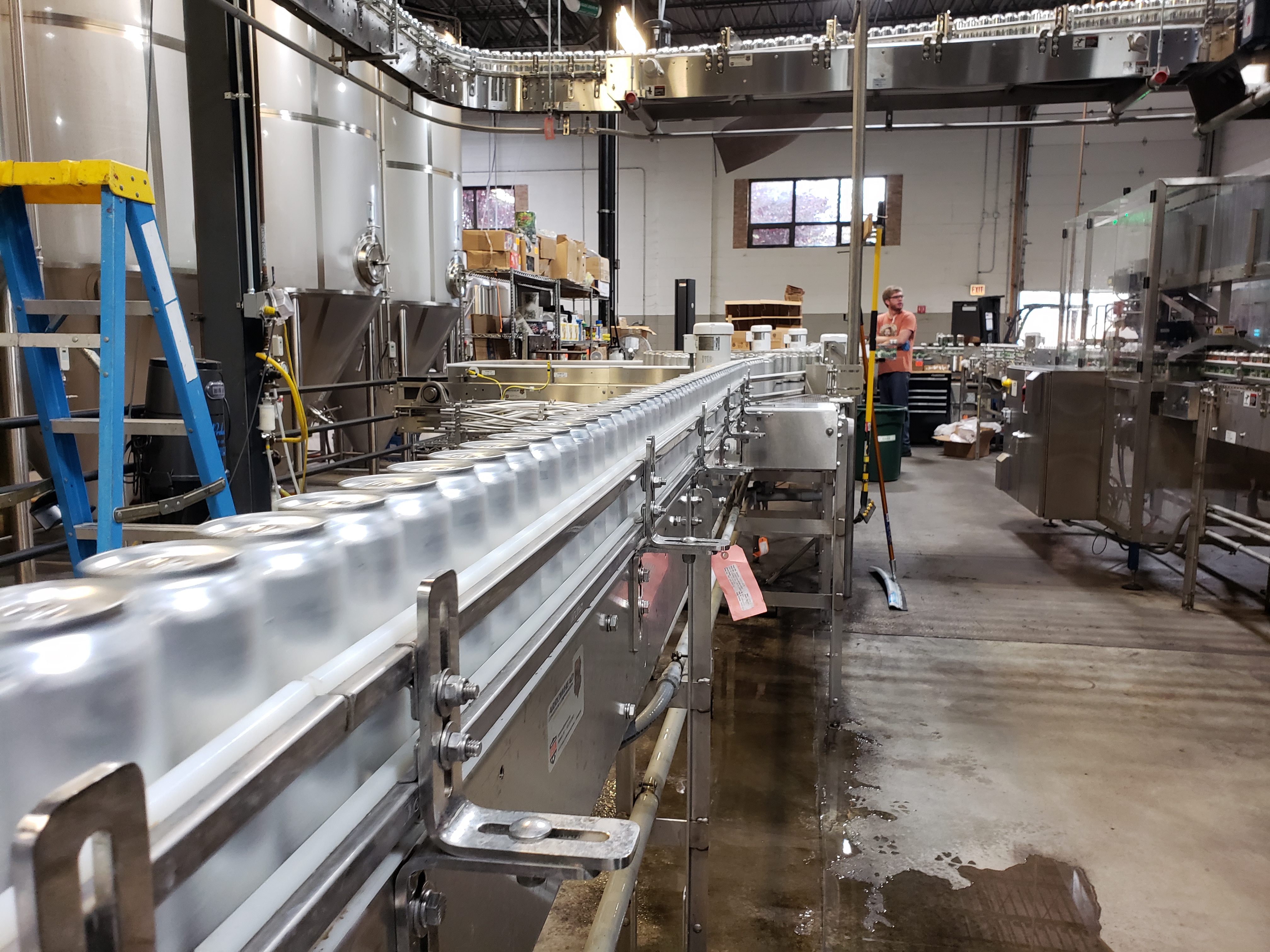 The entire Build team appears to share Magliaro's and McDougall's creativity and risk-taking - even trying their hand at bat nesting houses, which lay covered in the shop corner. What's to become of those?

What's next for Half Acre? Another creative endeavor? Only time will tell.