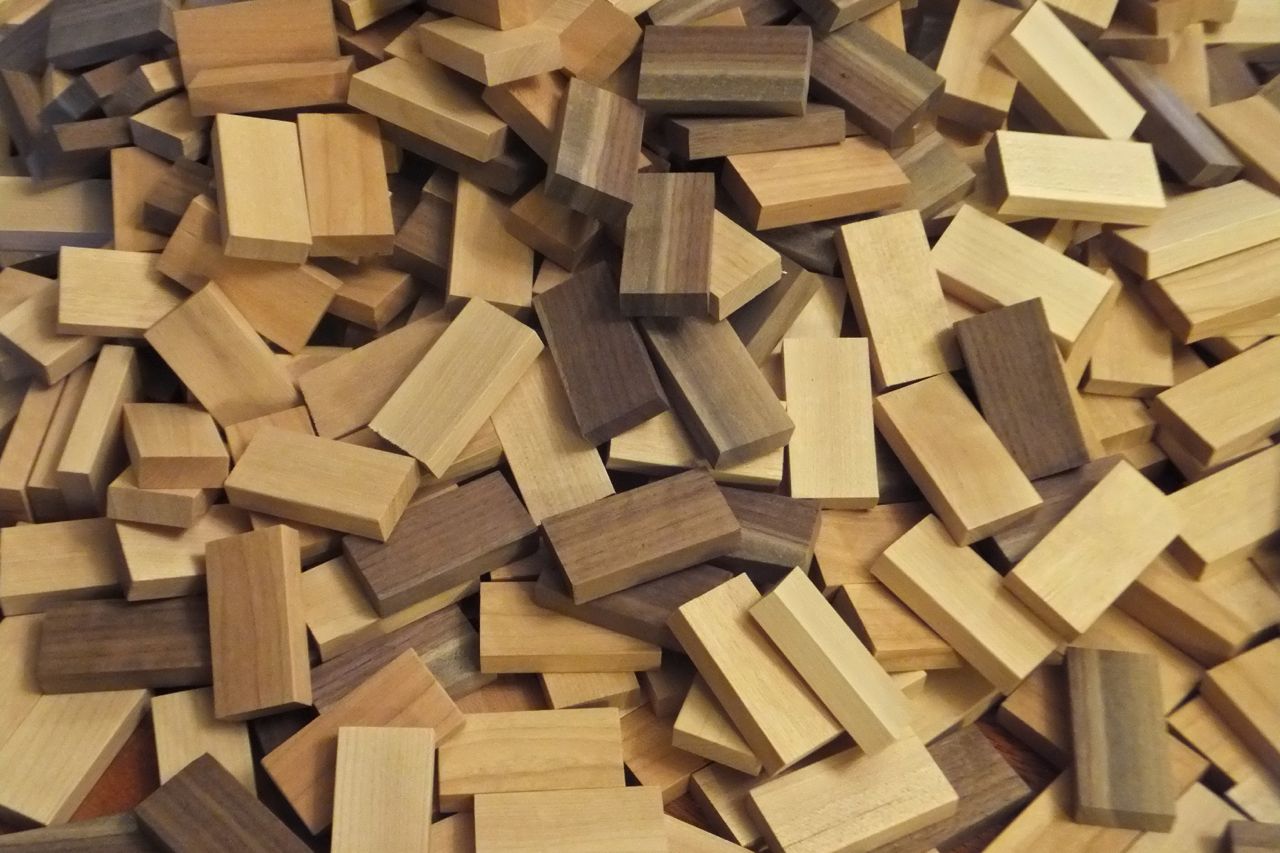 For Christmas, I decided my daughter needed a bunch of dominos (not to play the game dominos, but to stand up and knock over). I always liked playing with dominos, but was always disappointed when I ran out, so I then decided it should be a big bunch of dominos. After doing a little on-line research, I quickly concluded that a purchase of a big bunch of dominos, even the cheap ones, was going to add up, and since I have a never-ending supply of domino stock in my shop, I set out to make them.

First things first, I needed to figure out the dimensions, and this ended up being the most difficult part of the entire job. I tried searching online, assuming there would be a standard size and I would just copy that, but I didn’t find anything standard. The sizes seemed to be all over the place. 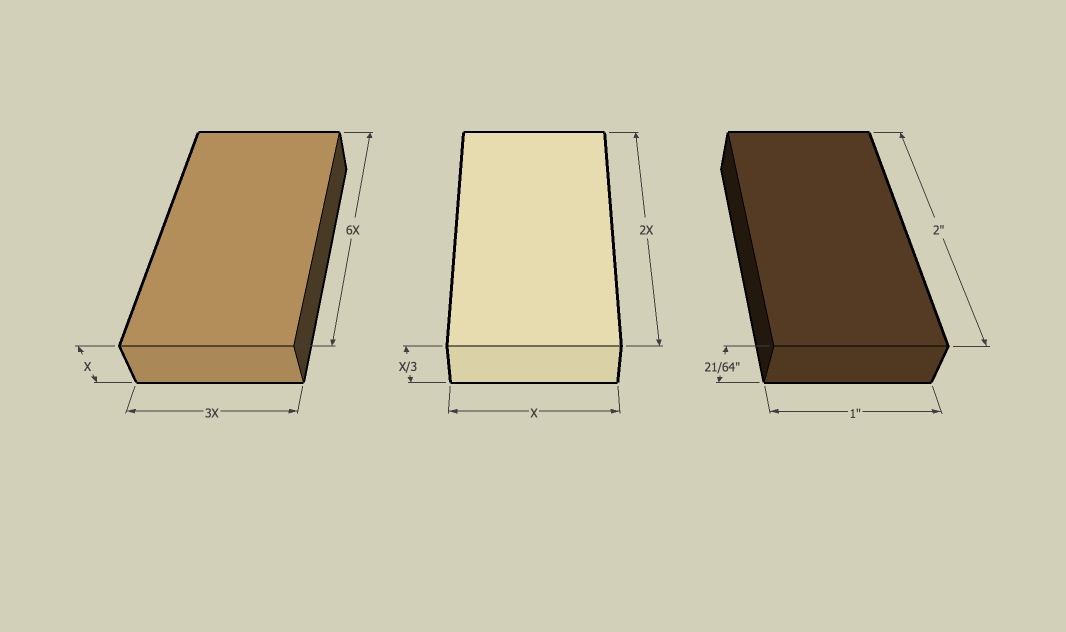 Then I thought, “OK, maybe there isn’t a standard size, but there must be some sort of standard ratio or proportions to a domino.” But, as far as I can tell there isn’t, or at least there isn’t anything clearly published that is quick and easy to find. There was nothing with the heading “Standard Domino Sizes,” like I was hoping to find.

Here’s the good news, after scouring the internet for information and making a few hundred myself, I have finally figured out the perfect proportions for what I am calling a standard domino. Now, it seems quite simple and very obvious, but it took me awhile to put it all together (we had to knock over a lot dominos for it to click). The dimension that took some time to nail down was the thickness.

At first, I just guessed at it and made the dominos a thickness that looked in proportion to the length and width. After using the dominos though, it seemed like they were a bit too thick. They look fine and don’t feel unlike a domino, but they don’t fall over very well. They still fall, but they are just a bit too stable and don’t fall with much force. They aren’t bad enough to throw away, but they could be better.

After playing with the dominos more and making structures with them, similar to building blocks, it all came into focus, and I found the magic ratio. When we stacked  the dominos in different orientations, things weren’t lining up and the thickness was to blame. We would stack some dominos on their side, some standing, and some laying down, and the ones laying down didn’t quite line up with the ones on their side. It was close, but not that close. Three dominos laying down were just a bit taller than just one on its side, which made them impossible to use as stable building structure. If they were just a bit thinner, everything would line up when they were stacked and they would topple just right.

So, here is the magic ratio, expressed in a three different ways:

or in actual (standard?) size

Of course, if you are going to make your own dominos, they don’t have to be 1″ wide. They could be any dimension you want, but be sure to follow the above ratios for them to really work well.

scott wunder
how to Closets in multifamily projects are an opportunity for all