LAS VEGAS - Weima America had a number of its shredders on display at the 2019 AWFS, which took place in July at the Las Vegas Convention Center. As part of the recycling movement, Weima manufactures machines that can shred production waste in a variety of industries, including paper, metal, plastic, and textiles.
According to the company, one of its most popular machines at the fair was its Woodchuck, a single-shaft shredder ideal for any small- or medium-sized wood shop. 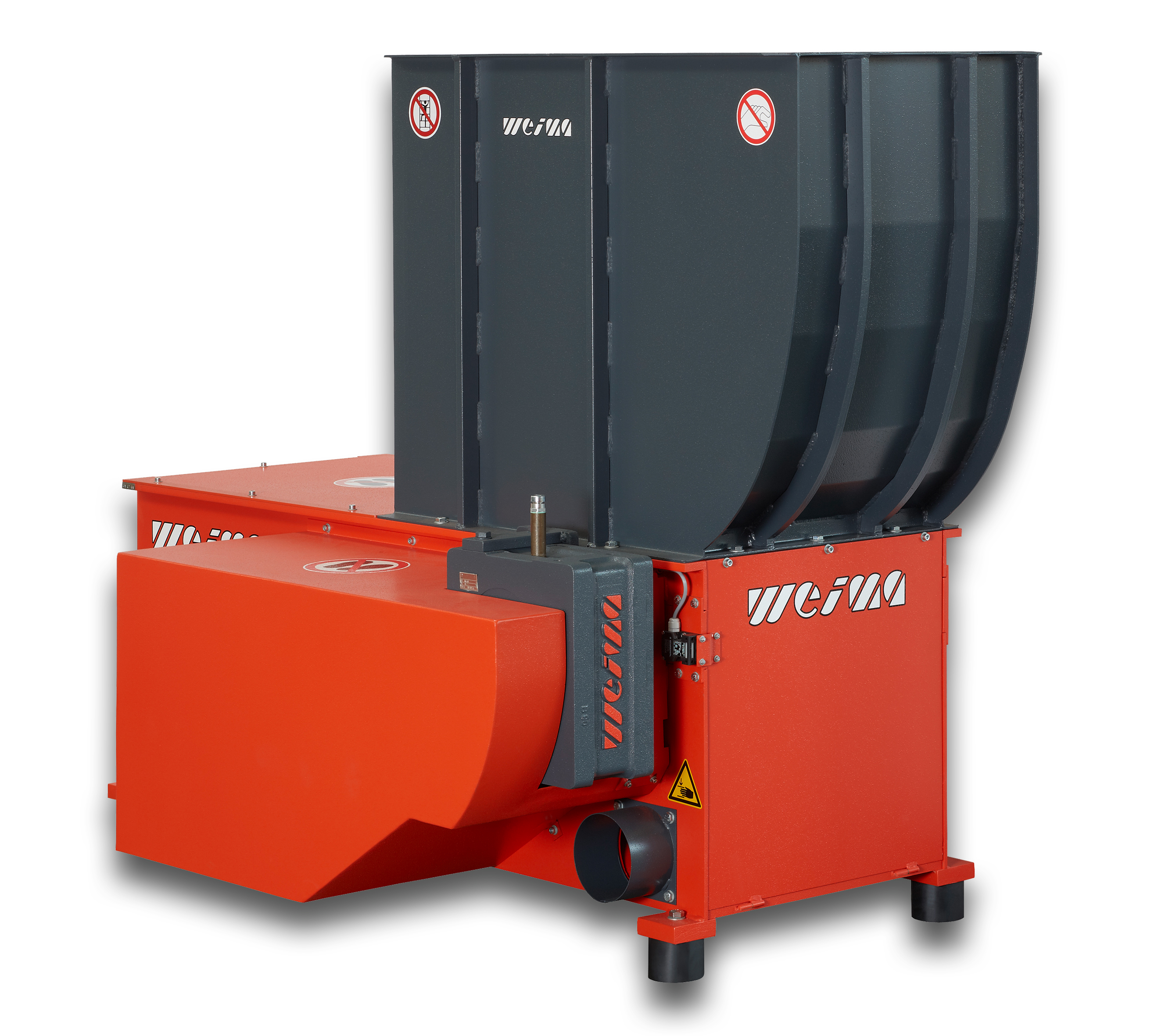 Weima's Woodchuck shredder
The Woodchuck, which is also a hopper-fed shredder ideal for shredding panel scrap, is the smallest machine the company manufactures. The rotor design of the shredder incorporates cutting knives that are bolted into welded knife holders allowing for consistent shredding as well as easy cleaning and preventative maintenance.
Strategically placed wood shredders, like the Woodchuck can increase production rates and reduce disposal costs, the company says. The shredders can be continuously fed with wood pieces without employees having to handle the scrap. The shredded material can then be discharged using a conveyor, screw auger, or air system.
Since the shredder’s small size makes it ideal for operations with multiple machining centers, the company reported that the AWFS Weima team saw companies purchase multiple Woodchucks for the purpose of placing them throughout their respective operations.
“Locating a smaller shredder next to [scrap-generating machines] can free up employees from moving waste from one part of the facility to a remote shredding station,” says Madison Burt, VP of sales for Weima. “With labor costs on the rise and a competitive job market at play, employers are seeing the need to better utilize the talents of their workforce. We saw an increase in demand for small-to-medium-sized shredders at [AWFS] for this reason.” 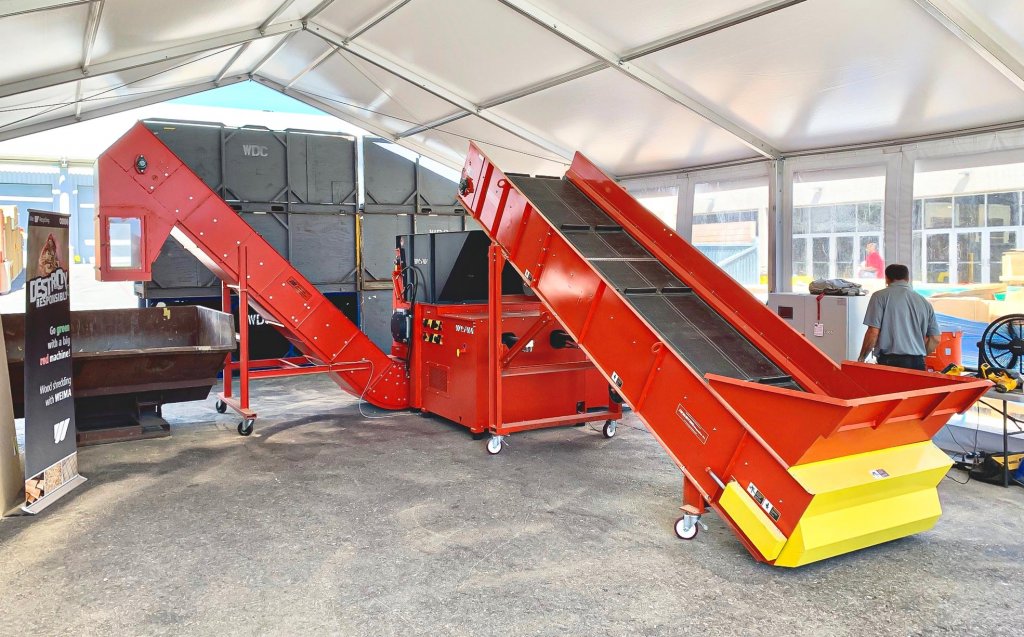 Weima's WLK 13 shredder
Additionally, the company demonstrated the uses and benefits of on-site shredders with the company’s WLK 13 single-shaft shredder as part of an effort to Destroy Responsibly at the AWFS Fair.
The machine was in place to shred generated wood waste from show-floor demonstrations. With a collaborating effort between Weima, AWFS, Freeman, Las Vegas, and Repurpose America, the generated wood scrap was collected and brought to the WLK13 where it was sorted.
The solid wood material from the show floor was shredded and used as ground cover around the Las Vegas campus of the University of Nevada, while the laminate, particle board, and other pressed wood containing glue or chemical treatments was disposed of in other ways.

“Recycling is accessible and doable for wood shops of all sizes, and it can even be lucrative,” says Audrey Brewer, marketing manager for Weima. “This is what we wanted to demonstrate at the AWFS Fair, and we were thrilled that this resonated with [three out of four] show-goers.”